Forbes’s: top 10 richest pastors in the world is based information, not on speculations. Though some people say setting up a Christian ministry today, is for nothing but financial gain.

David Oyedepo born on 27th September 1954 is the top on my list of richest pastors in the world. He is a Christian author, preacher, architect, founder, and the presiding bishop of the living faith church worldwide popularly know as winner’s chapel.

He was given birth to at Omuaran in Kwara state Nigeria, married to pastor Faith Abiola Oyedepo and they have four children together.

According to Forbes, he is also the richest pastor in Africa, his wealth is generated from his assets which includes two universities, several Christian books he has written, a water producing company called Hebron, etc to mention but a few.

His net worth according to Forbes list in is $150 million which makes him the richest pastor in the world, well you all will agree with me that no one more deserves to be number one on this list. 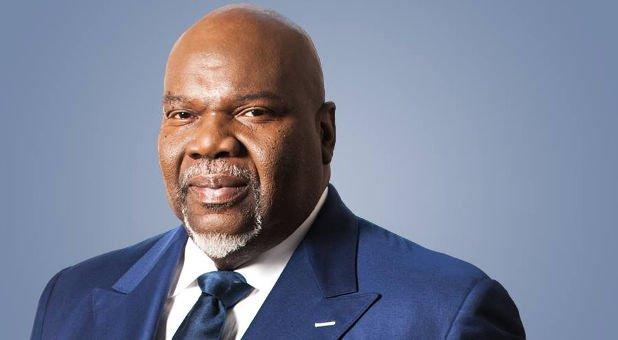 Thomas Dexter Jakes is the second on our list of top 10 richest pastors in the world. He was born on the 9th of June 1957 in South Charleston, West Virginia, USA.

He is married to Serita Jakes and they have children together. He is a pastor, author, singer, and filmmaker.

T.D Jakes is the presiding pastor of the potter’s house, a Nondenominational American megachurch. He has written a lot of books to his name, some of which are best sellers.

He organizes an annual festival mega fest which attracts more than 300,000 people and also the annual women’s conference.

His net worth is $147 million. This clergyman has spread the gospel to a lot of people and people are even saying he is the next Billy Graham. 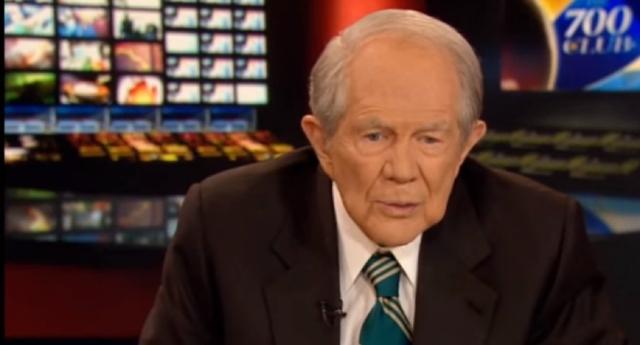 Marion Gordon ‘Pat’ Robertson is another man of God on our list of the top 10 richest pastors in the world. He is a televangelist, media mogul, executive chairman, and politician.

He was born March 22nd, 1930 in Lexington Virginia. This pastor owes his fortune to his numerous participants in companies and organizations, Pastor Pat has a private university called Regent University created in 1977.

He is presently the chancellor and CEO of Regent University and also, he is the chairman of the Christian Broadcasting network.

According to Forbes, his net worth is $100 million and that place him on number three of our` list of richest pastors in the world. 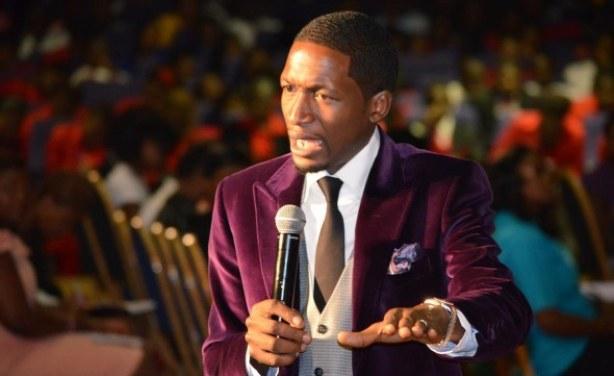 With a net worth of $60 million, Uebert Angel is another clergyman on our list of top 10 richest pastors in the world. He is the founder of the Spirit Embassy which was renamed to Good News Church in October 2015.

He was born on September 6th, 1978 in Masvingo Zimbabwe and he has British nationality. He is married to Berverly Angel. He is a ministry founder, televangelist, and businessman altogether.

Pastor Angel is the founder and CEO of the Angel Organization, he is also the founder of the Free Earth Humanitarian Organisation which works to ensure that less privileged people have their basic needs to meet a living.

He is the second Zimbabwe man in history to be featured on Forbes. Isn’t that interesting? 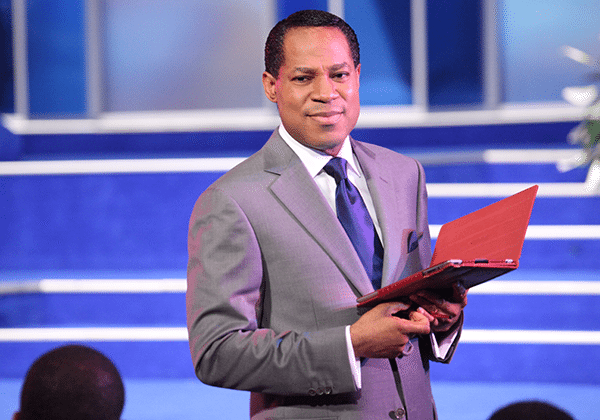 He is a pastor, television host, and an author, was married to Reverend Anita Ebhodagbe and they have two children together. He is also among the richest pastor in the world; he was born on 7th December 1963 in Edo state Nigeria.

Chris Oyakhilome is worth $50 million according to Forbes ranking. 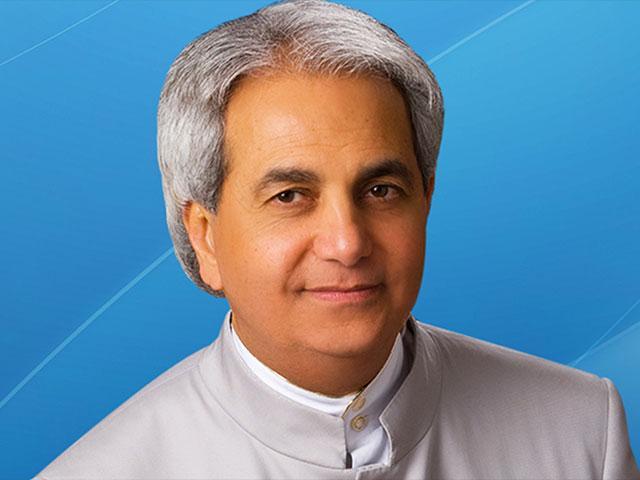 Tourik Benedictus ‘Benny’ Hinn was born December 3rd, 1952 in Jaffa Isreal. According to Forbes, he is among the top 10 richest pastors in the world with a net worth of $42 million.

He is an Israeli televangelist, an author, and a speaker. He is known worldwide for his miracle crusades, revival meetings, and faith healing summits that are usually held in stadiums in major cities and rebroadcasted to everyone.

He runs a television program called ‘this is your day’ which is broadcasted to the world. 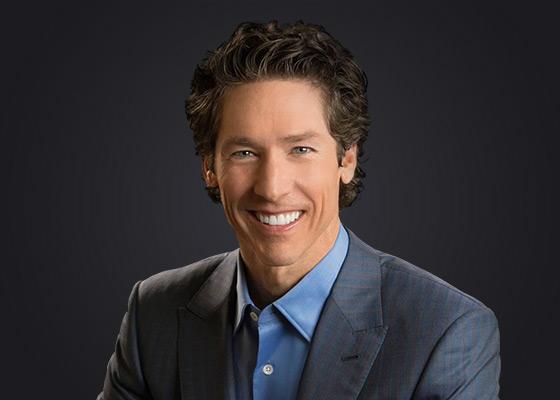 Another pastor on my list is Joel Osteen born on March 5th, 1963 in Houston Texas. He is married to Victoria Osteen and they have two children.

He is an American televangelist whose sermons are televised and seen by over 7 million viewers weekly and over 20 million monthly in over 100 countries. This man of God is also an author and the senior pastor of Lakewood Church Services

Well, he made it to our list of top 10 richest pastors in the world with a net worth of $40 million according to Forbes.

Enoch Adejare Adeboye with a net worth of $39 million is also one of the richest pastors1““` in the world. He is the general overseer of the Redeemed Christian Church of God, he is a pastor and a professor of mathematics.

Pastor Adeboye popularly called Daddy G.O was born on the 2nd of March 1942 in Ifewara, Osun state and he is married to Pastor Foluke Adenike Adeboye.

He is one of the most popular pastors in Nigeria with churches in Nigeria and Abroad. He also owns a gospel television station named Dove TV which airs his sermons and other church programs.

Also on my list of richest pastor in the world is Pastor Irene. She is the leader of divine health world restoration services.

She was born in Venda in Limpopo province, South Africa. Her net worth according to Forbes is $35 million.

Creflo Dollar Net Worth of $27 million 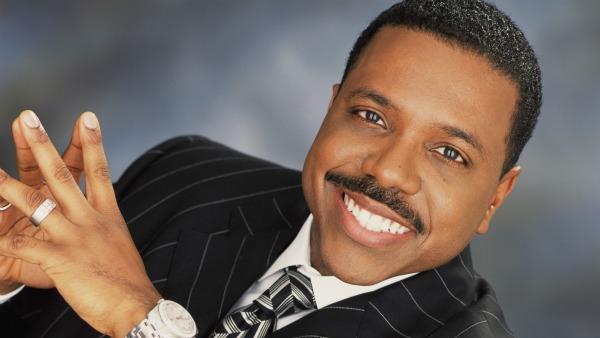 He was born January 28th 1962 in college park, Georgia and he is married to Taffi Dollar.

He is an American televangelist, pastor and the founder of non- denominational world changers church international based in Georgia.

He is the head of creflo dollar ministerial association, crefflo dollar ministries and arrow records. His net worth of $27 million makes him one of the richest pastors in the world.

This site uses Akismet to reduce spam. Learn how your comment data is processed.

How can I know God the More

How do i know what God wants me to do

3 Steps to Manifesting God’s Will In Your Life

5 Ways to Respond to God Calling